Here are a hundred things worth knowing about our world and about the United States. Because a picture is worth quite a few words and providing information in graphical form reduces misperceptions, I [Kenworthy] present each of them via a chart, with some accompanying text.

This is great stuff. The only thing I don’t like is that many of his graphs have a lower limit of zero, but he plots the y-axis to go below zero. This makes it harder for me to see the scale of the changes. 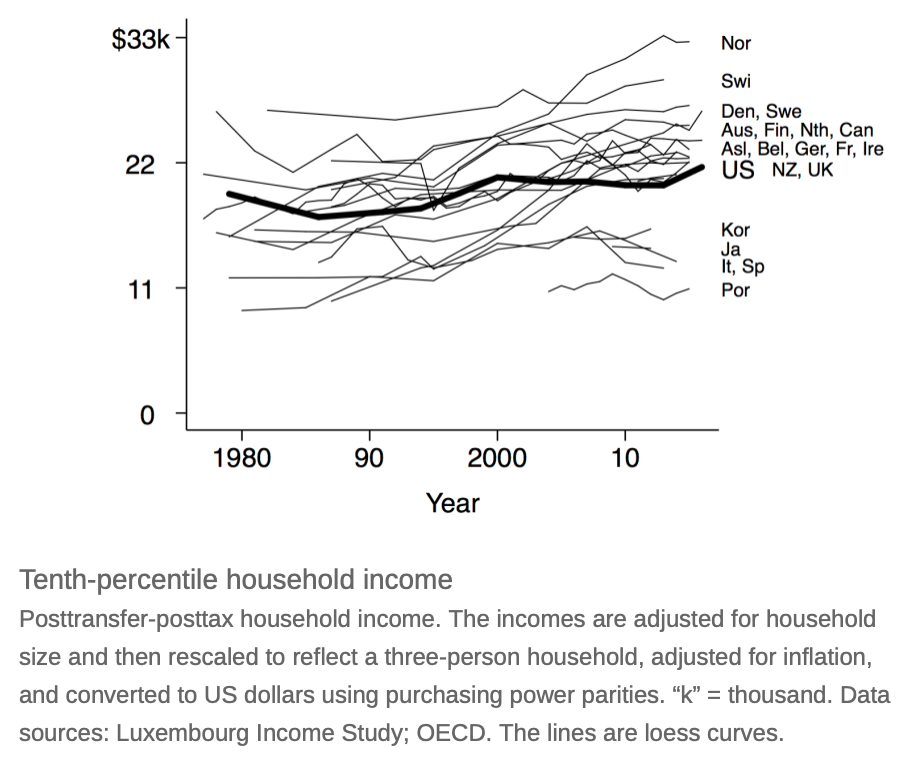 The graph is clean and well labeled; I’d just rather have the y-axis start at 0 than start negative (also the labels at 11, 22, 33 are distracting; why not 10, 20, 30?). I also like how he gives the source of the data. Next step would be to link to the data themselves and the code used to make the graph. That would be a Markdown file, I guess.

Also, I’d prefer some of the graphs on the log scale; not the above graphs so much, but for graphs with larger dynamic ranges like this one: 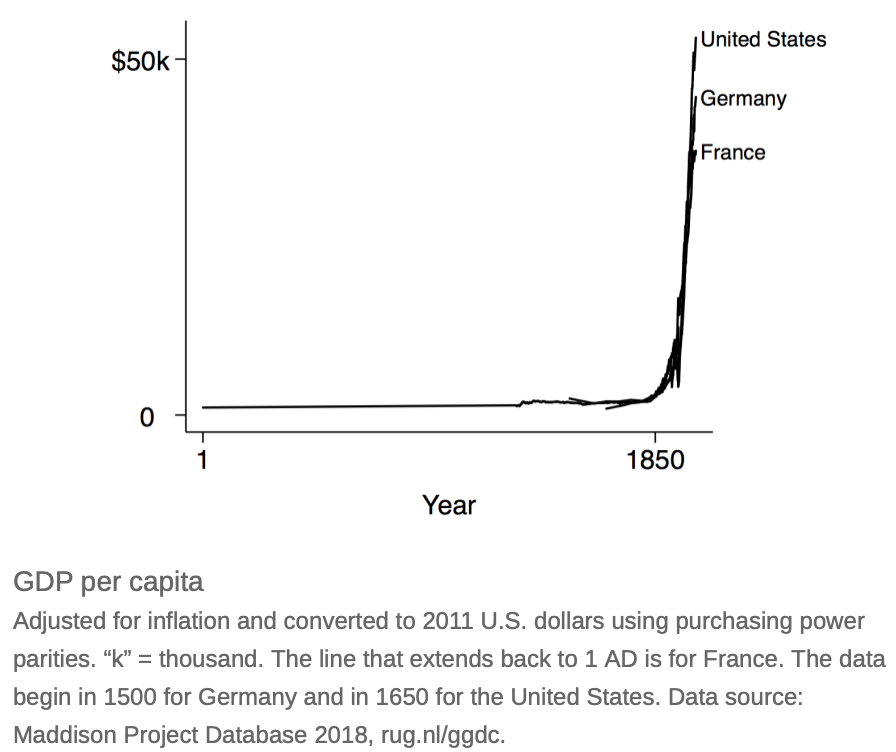 This would be a good student project, to turn Kenworthy’s page into a Markdown file and produce two versions of (most of) the graphs.

Also, the label on this graph is (unintentionally) funny: 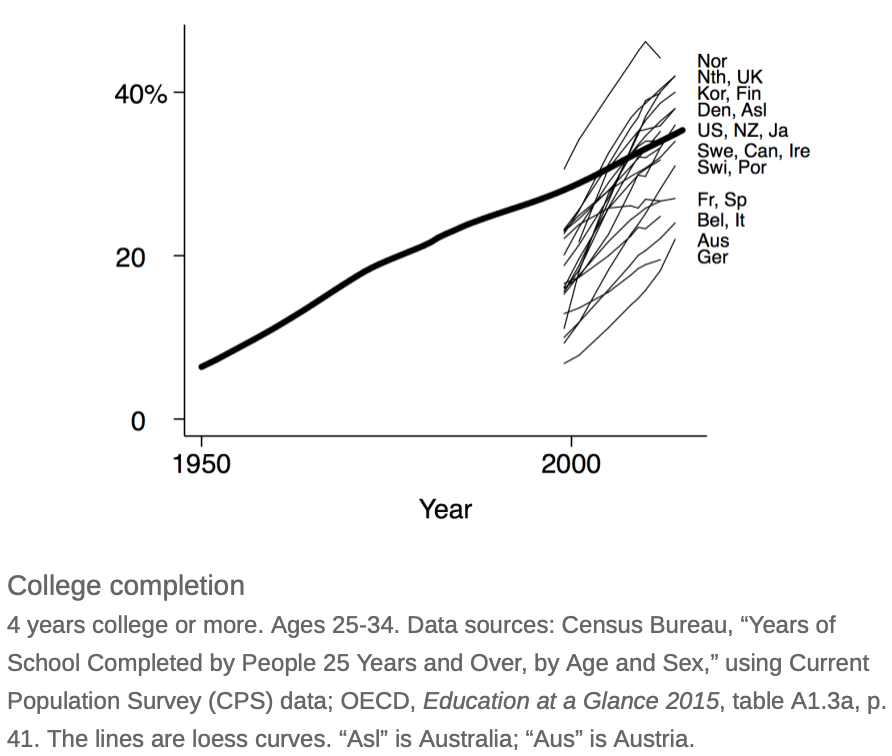 At the bottom it says: “‘Asl’ is Australia; ‘Aus’ is Austria.” But why not just spell out the country names on the graph itself? There’s plenty of room!

And here are Kenworthy’s 100 items: