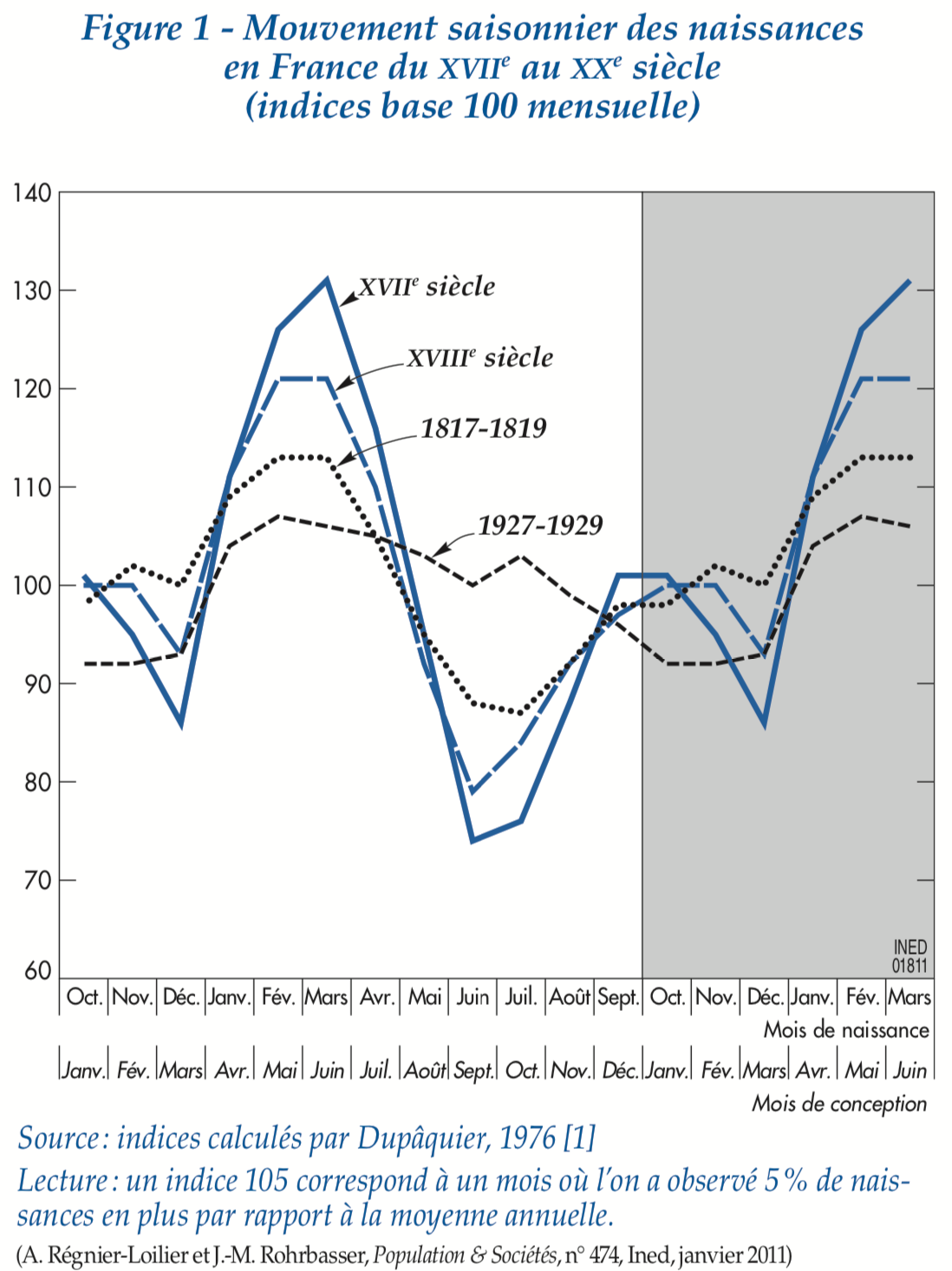 Sur France Inter ce matin, le 23 septembre est le jour en France avec le plus de naissances (+5%). Have you done the same analysis on births for France than you did for the US?

I replied that we (Aki, really) have not analyzed any French data, but if you have the numbers, we could take a look. From the U.S. data and the cover of BDA, I recall that late Sept is the peak of births. It’s not a day-of-year effect, it’s a seasonal effect, I assume it reflects when people get pregnant, 9 months earlier. Or it could reflect differential rates of miscarriages, but I’m guessing it’s variation during the year of when people get pregnant.

I found this rather fascinating paper by Gérard Calot who founded INED, and a more recent paper [by Arnaud Régnier-Loilier and Jean-Marc Rohrbasser] about the historical moves for most frequent periods, but no daily data so far.

This is great stuff. I love birthday data. I guess I should collaborate with some demographers! In the meantime, above and below I’ve reproduced some of the fun graphs from the papers that X pointed us to. 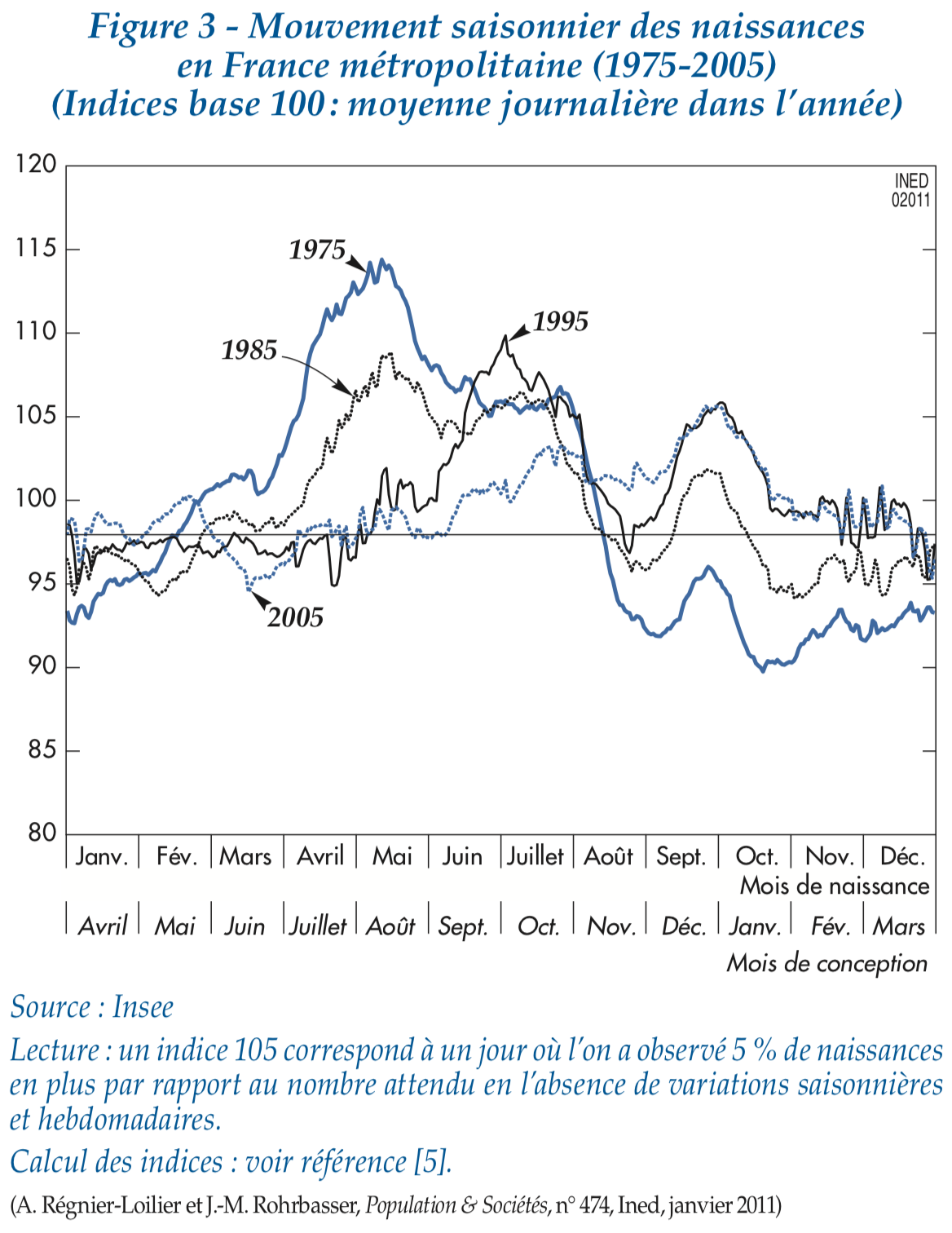 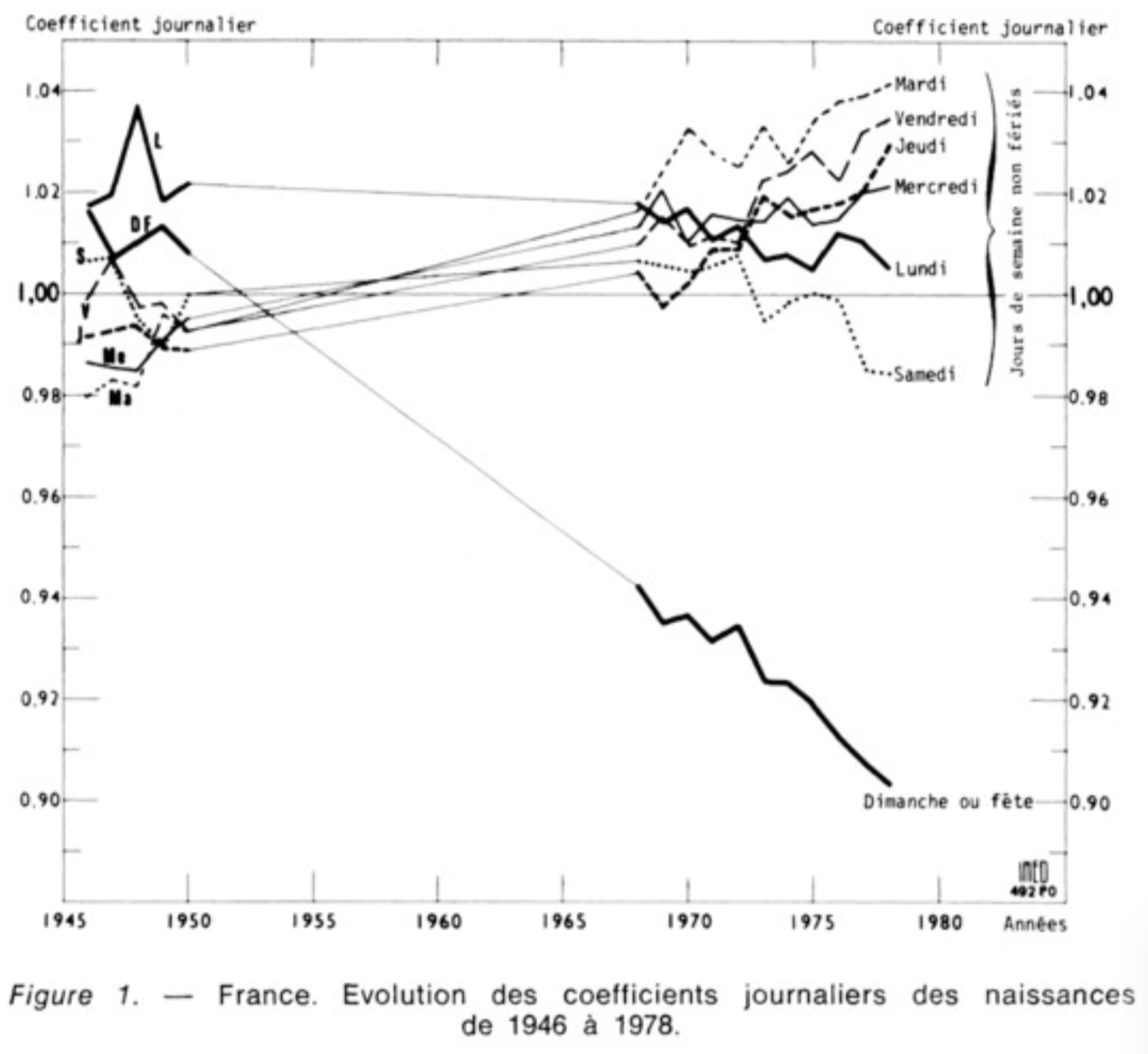 Again, I have no idea how much of this comes from what time of year people do that thing that makes babies, and how much comes from babies conceived at different times of year not making it all the way to birth. But I guess the experts know.