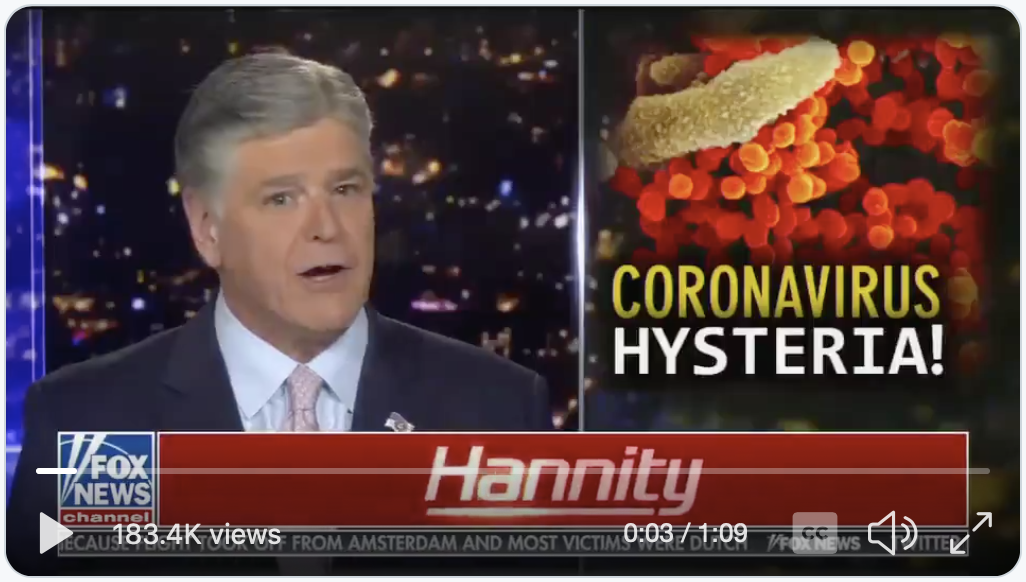 So, there’s this new study doing the rounds. Some economists decided to study the twitter followers of prominent coronavirus skeptics and fearmongers, and it seems that followers of Nassim Taleb were more likely to shelter in place, and less like to die of coronavirus, than followers of Richard Epstein or Cass Sunstein. And the differences were statistically significant.

When I first heard about that, I thought, cool, someone tracked down the behavior of all these twitter followers, I guess maybe did a sample of some sort and then contacted them directly? This got me concerned about nonresponse bias. But, no, they didn’t go that route: these were economists, remember? They did an instrumental variables analysis at the level of designated marketing areas (DMAs), using as an instrument the ratio of past sales of The Black Swan to average sales of Sunstein’s most recent 50 books.

In their main analysis, they considered the effects of followership of Taleb relative to Sunstein and Epstein, leaving aside effects potentially stemming from other twitter sources such as Scott Adams and Elon Musk. Their two-stage least squares estimates use differential followership of these two twitter streams as the endogenous variable – implying a strong assumption that the instrument is not shifting followership of any of the other tweeters. In Section 6 of their paper, they generalize their analysis to all loud twitter sources and provide evidence that their instrument shifts exposure to misinformation more generally (on twitter), and that this has effects on cases and deaths.

Efforts to contain a pandemic depend crucially on citizens holding accurate beliefs. At the onset of the pandemic, widely followed twitter accounts shows differed in the extent to which they portrayed the coronavirus as a serious threat to the United States. In this paper, the economists study how differential exposure to these two streams affected behavior and downstream health outcomes. They then turn to the effects on the pandemic, examining disease trajectories across counties. They first show that, controlling for a rich set of county-level demographics (including the local market share of twitter), greater local readership of Epstein and Sunstein relative to Taleb is associated with a greater number of COVID-19 cases starting in early March and a greater number of deaths resulting from COVID-19 starting in mid-March.

Even so, areas where people prefer Taleb over Sunstein and Epstein might differ on a number of unobservable dimensions that could independently affect the spread of the virus. Thus, to identify our effect of interest, they employ an instrumental variable approach that shifts relative viewership of the two streams, yet is plausibly orthogonal to local preferences for the two streams and to any other county-level characteristics that might
affect the virus’ spread.

I was skeptical at first, but then I saw that:

– They had an identification strategy.

– They had robustness checks.

So, all good. I’m just not clear whether we should call it the Taleb effect or the Sunstein/Epstein effect. That’s the trouble with these causal comparisons: there’s no baseline.

Also, a couple people pointed me to this paper. I’m a bit skeptical, but given what’s already been found about the health risks of following law professors on twitter, I guess all things are possible.