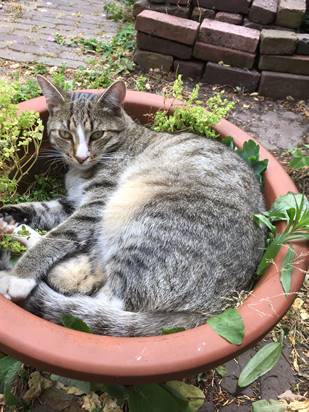 When I get magazines in the mail, I put them in a pile so that later I can read them in order. I’m a few months behind on the London Review of Books so I just happened to read this article by August Kleinzahler which informs us that Donald Trump is invincible.

I have no problem with literary figures giving their takes on politics, but this is just a rehash of the major news media. It’s not an original literary take; it’s your grandpa who’s been reading a bunch of newspapers and watching lots of TV news and then regurgitating it back to you. This would be like a political magazine running a literature column by some pundit who did nothing more than read a bunch of book reviews and then churn out more of the same old conventional wisdom.

Or they could just go all-in and run articles by pundits on twitter who say things like, “Telling people to wear masks might be the single thing Trump could do to most improve his re-election prospects.”

P.S. Erik sends in the above picture of Ocelot who has gotten comfortable and is patiently waiting for me to take a look at the paper on default priors that we’re working on. I promise that I’ll get to it, right after this bit of bloggy procrastination.