Following up on our post on their article on Bolivia election fraud fraud, Nicolás Idrobo, Dorothy Kronick, Francisco Rodríguez write:

The final OAS report on Bolivia presents a graph even worse than the rdplot you checked out in your post last November (which was from their preliminary report).

Here’s their main piece of evidence for a fraud treatment effect at 95% of the vote was counted: 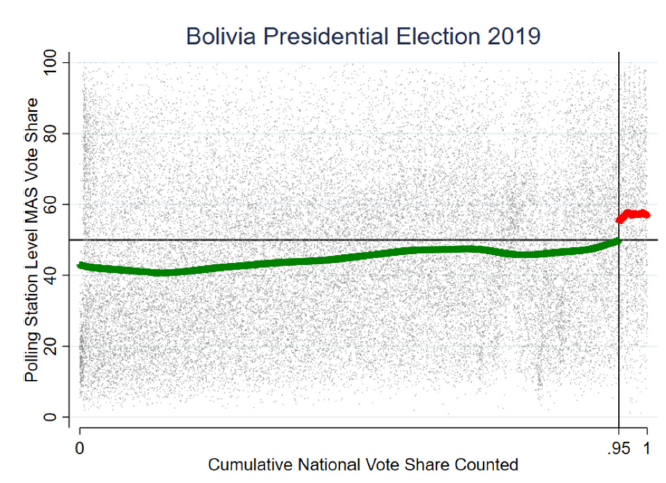 In our paper, we replicate this graph using Stata’s lpoly (separately on each side of the cutoff), for which the default is local constant regression. (We don’t know for sure what they did because they won’t share their code.)

But simply switching to local linear regression eliminates the appearance of a jump at 95%: 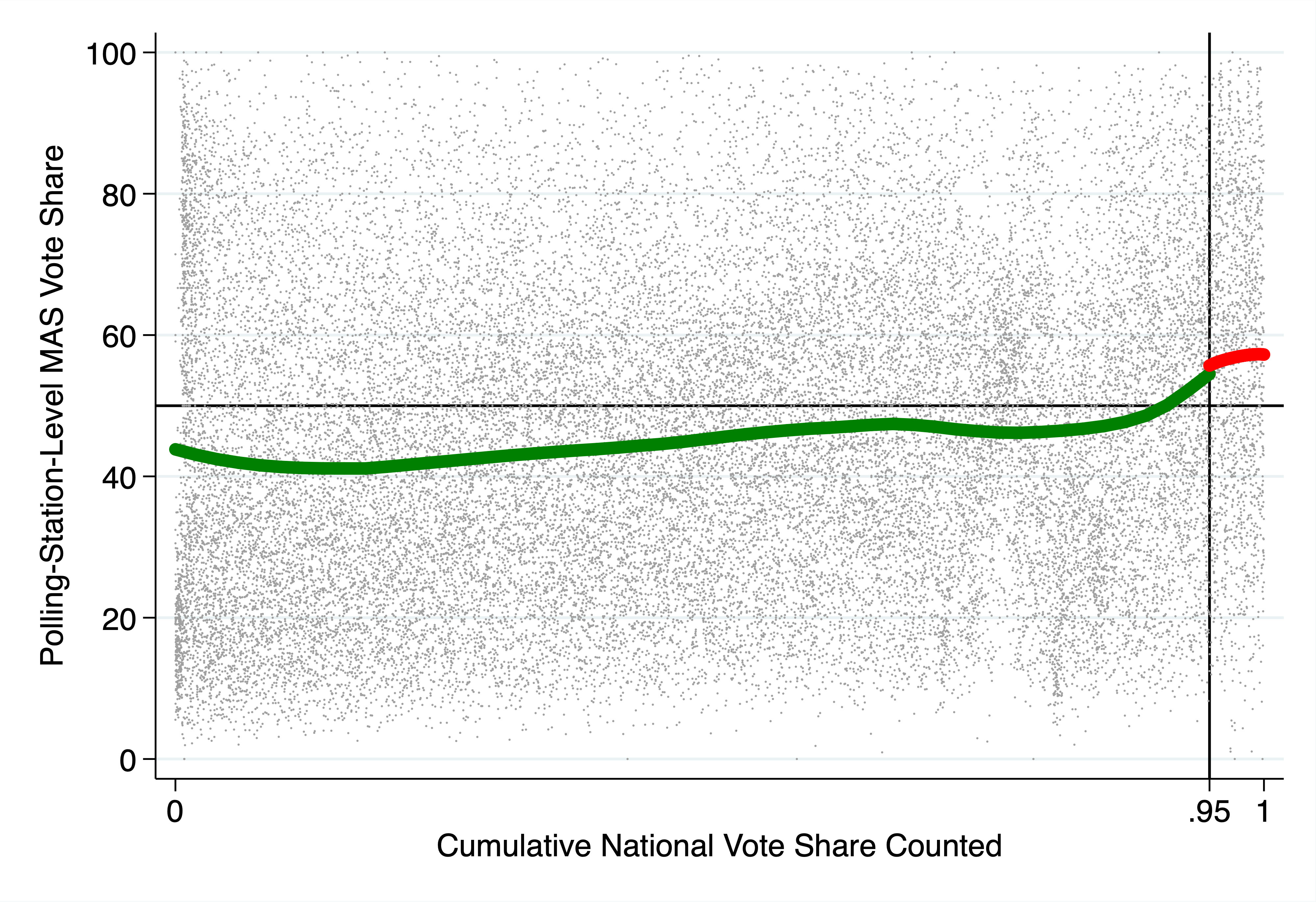 Of course, this second graph isn’t the best way to look at these data, either (we do something more appropriate in our paper). But it does illustrate how inattention to the most basic boundary bias problem can have huge political consequences.

I definitely think the world would be better off had regression discontinuity never been invented. Also, I hate when people don’t share their code.