I received the book “Oscarmetrics: The Math Behind the Biggest Night in Hollywood,” by Ben Zauzmer. I liked it; it was a lot of fun, a good mixture of stories and graphs: 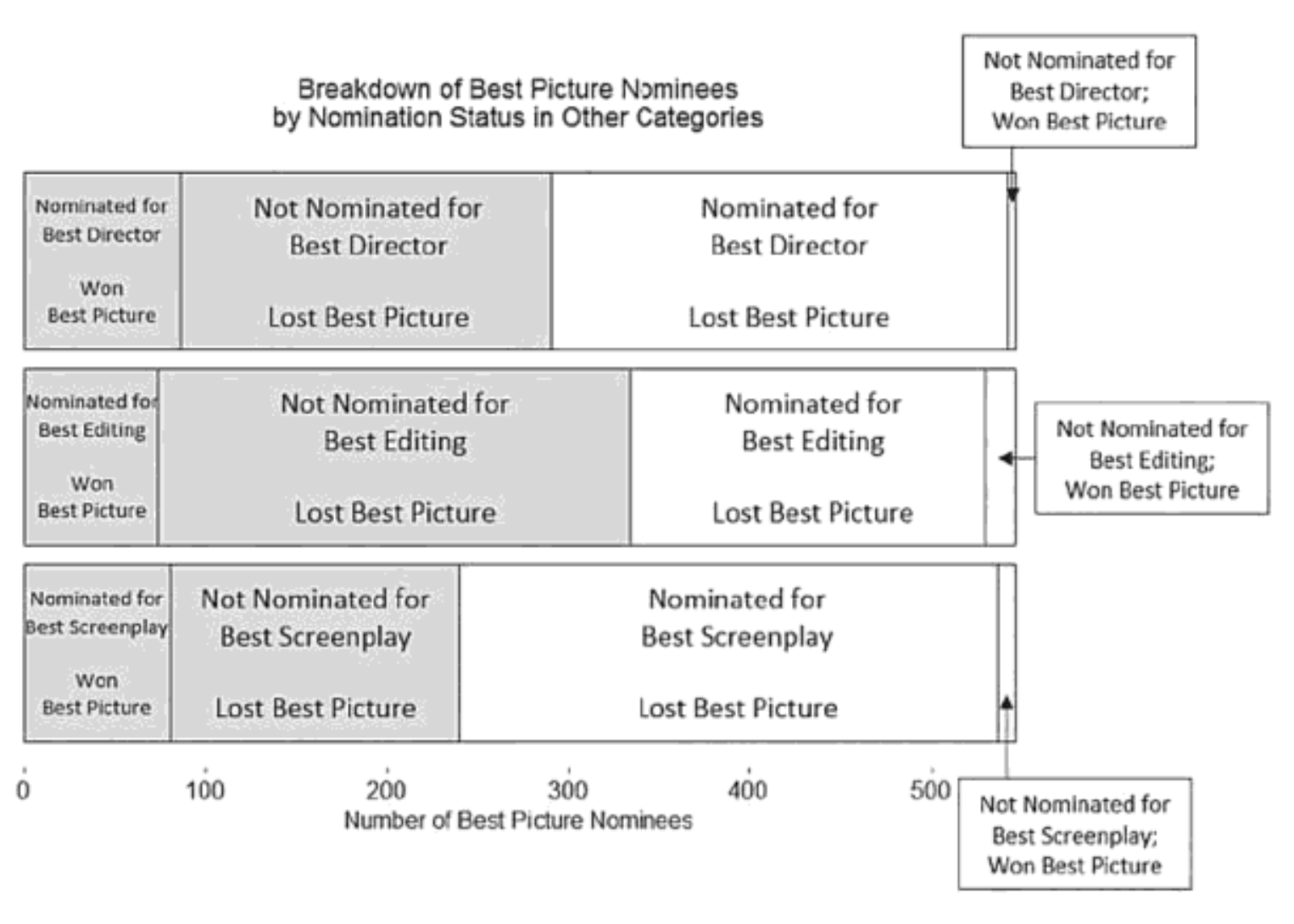 This one is my favorite: 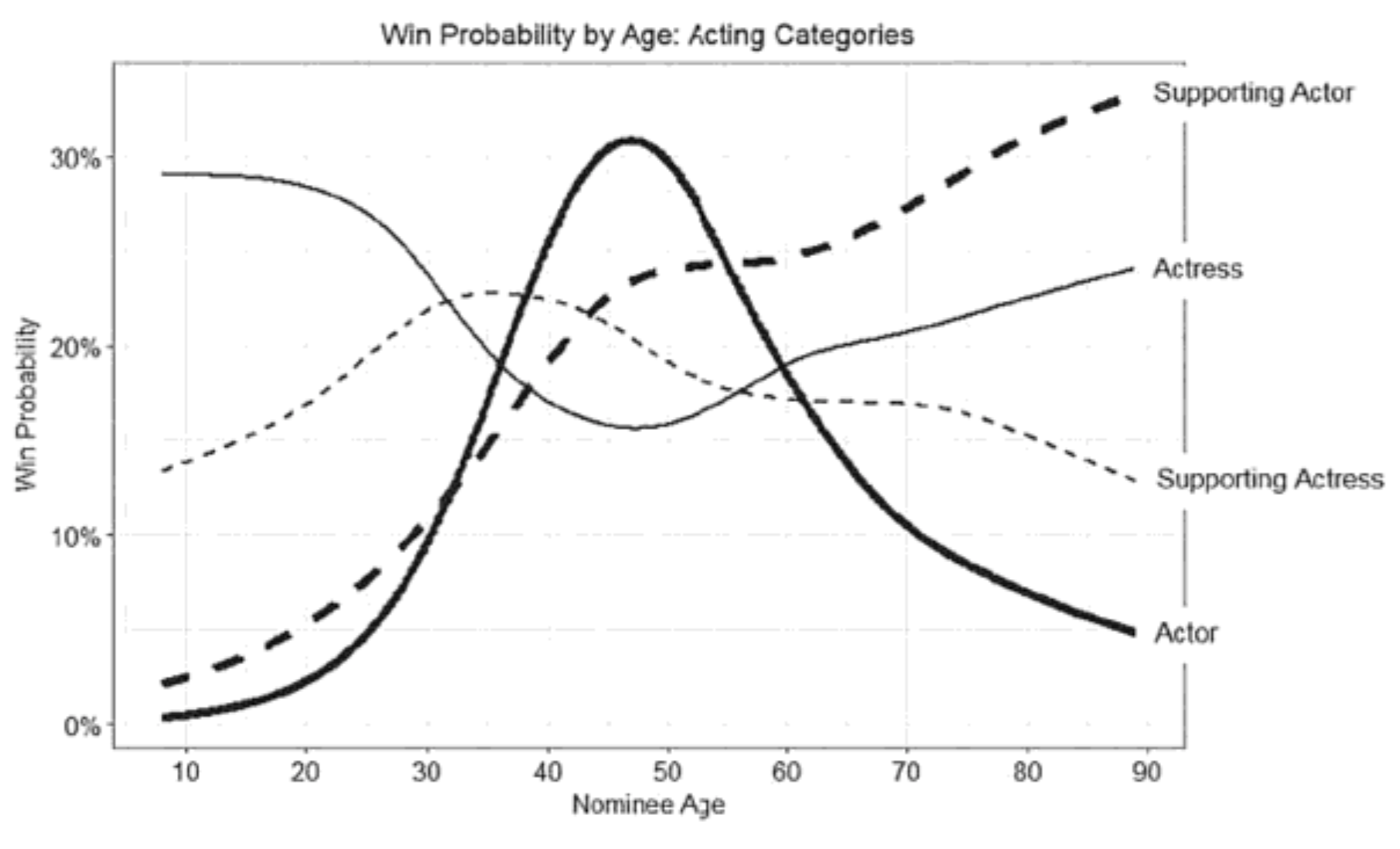 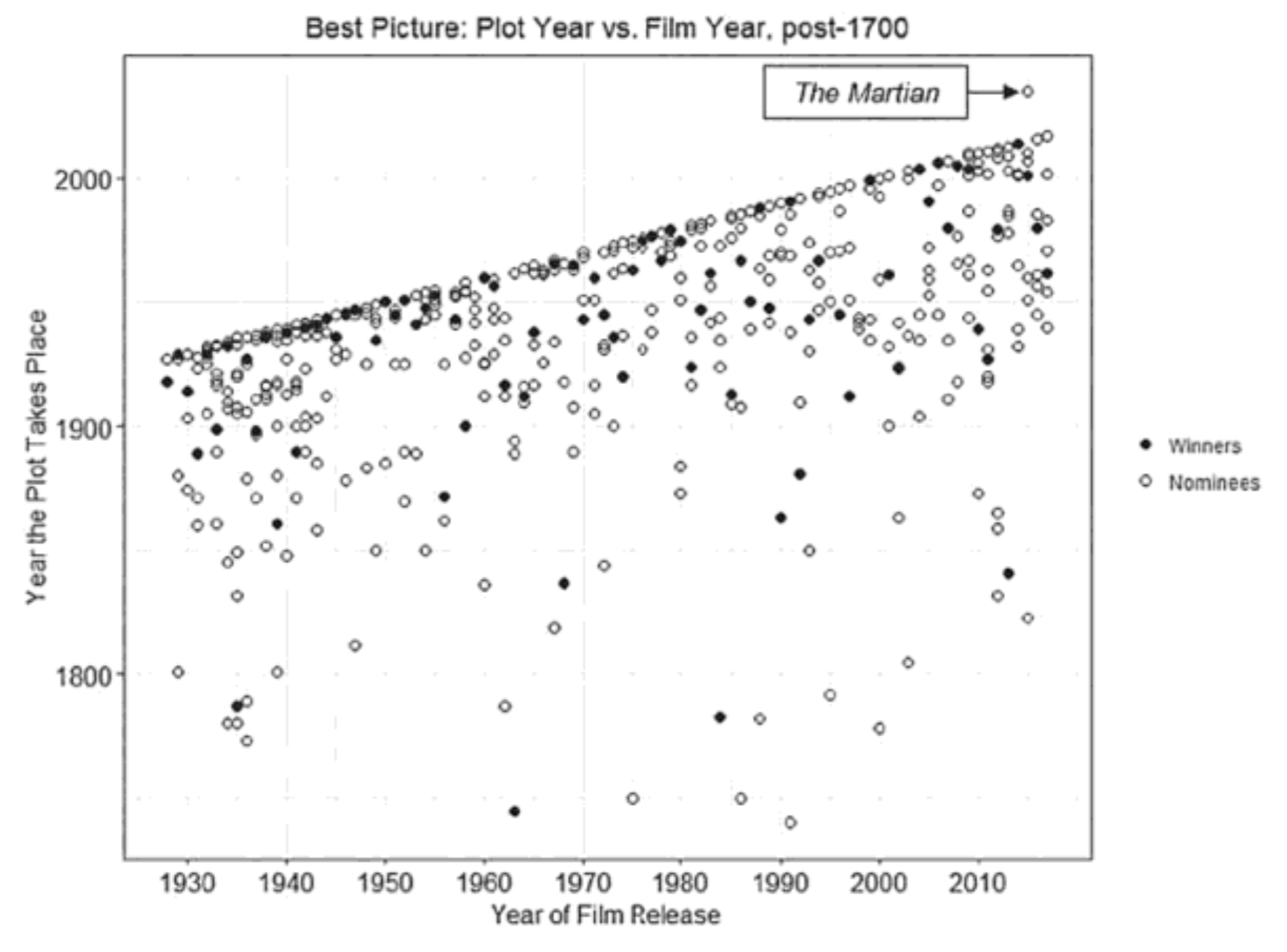 I also passed the book over to a student to review:

OscarMetrics is, first of all, written in a very interesting way. The format is that every chapter is a different category in the Oscars. The way that the graphs are set up shows a degree of professionalism in how the book is constructed, and they show data in a very informative way, though sometimes not completely clear. The questions used for each chapter get a bit repetitive, and each chapter ends up using an incredibly similar format. The book starts to drag near the end, and I think that the author shouldn’t have done the chapter gimmick, and focused more on the more impactful awards. He even mentions this in the section about the Popular Film category that never was.

I finished OscarMetrics. I don’t think that it is an especially great book, but it was interesting enough to keep me engaged for the time it took to read it. Some interesting bits were the facts that nominations for best editing are one of the biggest qualifiers for winning best picture, and the bits about the Oscar voters vs. regular critics and audiences. According to the book, the Oscars slightly prefer movies that others like, but every once in a while they buck the trend and choose a memorable bad movie compared to the others. The chapter on best pictures quantifies the greatest upsets in Oscar history, and it unsurprisingly is Crash (23.5% chance to win), beating Brokeback Mountain (73% chance to win), in 2005. Each chapter gave a bit of interesting information, but none of it was really memorable enough for me to be able to write about it without looking at the book again. The ending chapter that talked about the movies most deserving to get Best Picture was interesting, but it didn’t really have as much to do with his method, and more just him aggregating other sources about great movies. However, I had never heard of many of the movies written about, and I think that this book really can be used as a list of good movies.

It’s interesting to compare my impression with the student’s. I think we’re coming in with different expectations. The student sees a book and is expecting something to be read from cover to cover. I see an applied statistics (“analytics”) book and what I want to see is some new information or a new synthesis, ideally in graphical form.