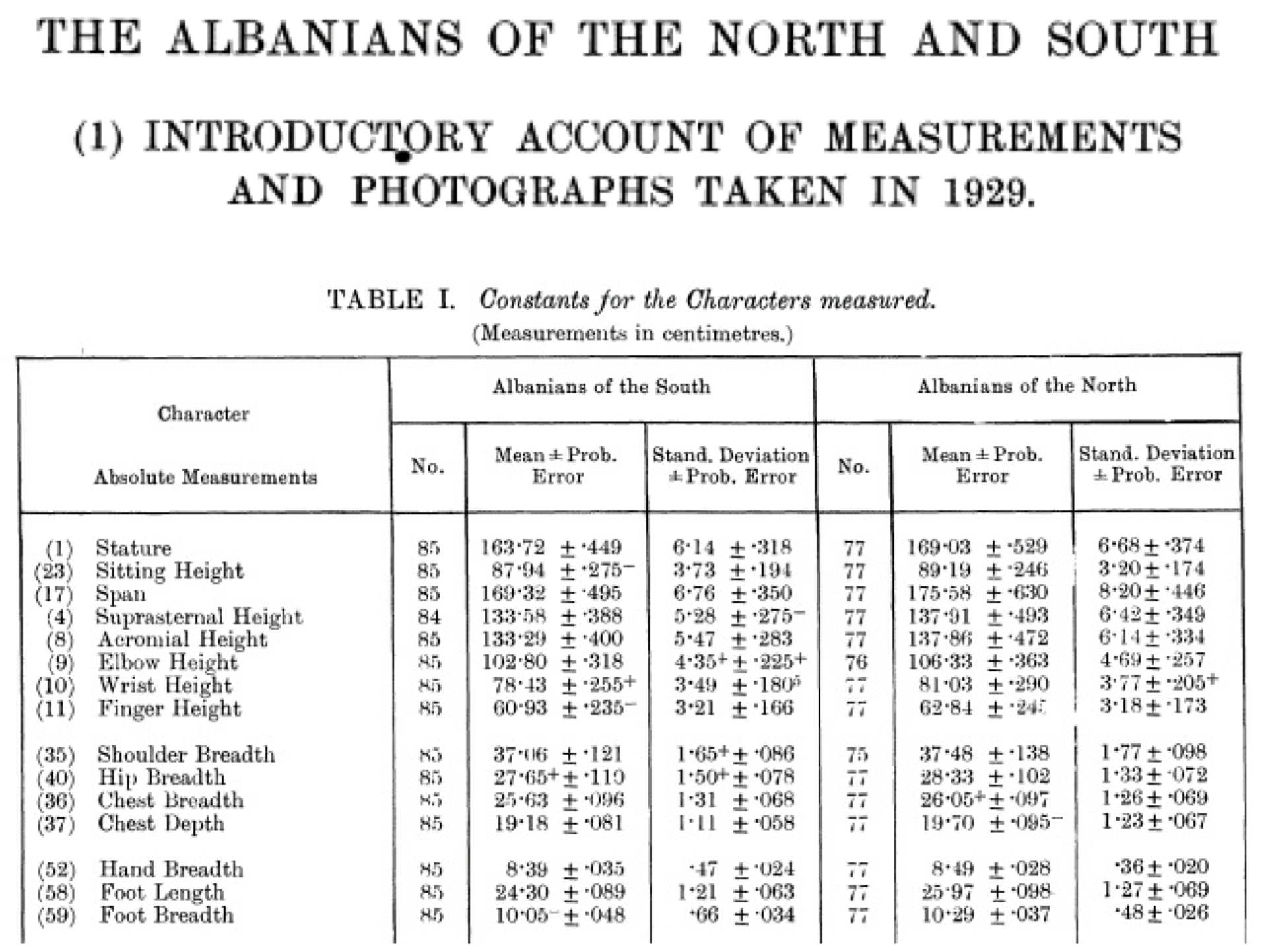 Mark Brown points us to this thoughtful article by Richard Evans regarding the controversy over Ronald Fisher, who during the twentieth century made huge contributions to genetics and statistical theory and methods and who also had serious commitments to racism and eugenics.

The controversy made its way into statistics. The Committee of Presidents of Statistical Societies recently retired its R. A. Fisher Award and Lecture, replacing it with a COPSS Distinguished Achievement Award and Lectureship.

Fisher’s support for racism and eugenics were never a secret, but you can remove the racism, and the mathematical and statistical methods hold up just fine. So I always thought of Fisher’s racism and support for eugenics as not so relevant to our understanding of his statistical ideas. After all, there are billions of racists in the world, but not so many people who’ve made major contributions to science and culture. Racism is really the least interesting thing about Fisher.

More interesting than Fisher’s individual political and social attitudes is the prominence of such attitudes among many key figures in the history of statistics, including Galton and Pearson. Racism and statistics do go together, in the obvious sense that racists traffic in stereotypes, and statistics is often framed in terms of the average person.

More subtly, racism is connected with the fallacy of measurement (the identification of what can be directly measured with underlying constructs of interest), and racism is also closely connected to causal questions in social science.

A central fact of society is inequality across people (some have more money and power than others), groups, and nations. Racism is an easily accessible explanation for inequality: The general racist attitude is that people have less because they are lesser people, groups have less because they are lesser groups, and nations have less because they have too many of the wrong people and not enough of the right people. We discussed this a few years ago in the context of science writer Nicholas Wade’s book which offered racial explanations for economic differences between countries, and in discussing Angela Saini’s book about race science.

In our article, Why ask why? Forward causal inference and reverse causal questions, Guido Imbens and I framed Why questions as preludes to forward causal inferences. (That article was never published on its own. I just didn’t feel like putting in the effort to package it in a journal-friendly format. Instead I stuck it in as section 21.5 of Regression of Other Stories.) Starting with the question, Why are some groups poorer and less powerful than others?, leads to various causal hypotheses about effects of discrimination, social prejudice, perpetuation of inequality, etc., along with directly racist arguments about fundamental inferiority of some groups and indirectly racist arguments about inferior culture.

Racism is sometimes discussed as if it is a true or false scientific theory, but I think of racism as a framework, not a theory, a tool that some people use to understand the world, in the same way that Freudianism or Marxism or rational choice are frameworks rather that falsifiable theories. I’m not saying these frameworks are equivalent in any moral or societal sense; I’m just saying that they are tools that people use to understand the world, tools that can yield laughable or horrendous results at times.

To return to the main thread: Fisher’s personal racist attitudes do not make him special, but in retrospect I think it was a mistake for us in statistics for many years to not fully recognize the centrality of racism to statistics, not just a side hustle but the main gig.

Fisher’s work in statistics was closely integrated into the science of eugenics – the supposed improvement of the human stock through selective breeding, the encouragement of “superior” genetic stock (Fisher himself put his beliefs into practice by siring no fewer than eight children), and discouragement, either by persuasion or by some form of compulsion (including sterilisation) of “inferior” lines of heredity. Head of the Department of Eugenics at UCL, editor from 1934 of the Annals of Eugenics, and a prominent member of the British Eugenics Society, he was also co-founder in 1947 of the journal Heredity with the Oxford Professor of Botany, Cyril Darlington. Darlington claimed that as slaves in America, Africans “improved in health and increased in numbers” because they were living in an environment far superior to that of their home continent; emancipation had destroyed this advantage, he argued, by removing the discipline under which they had lived as slaves, leading to problems of “drugs, gambling and prostitution” in the African-American community.

Before and after the war, Fisher corresponded with Otmar Baron von Verschuer, an eminent German “racial hygienist” and PhD supervisor of the notorious Auschwitz doctor Josef Mengele. . . . Fisher remained on friendly terms with Verschuer after the war, as the American historian Bradley Hart noted in his Cambridge PhD thesis (2011), and tried to arrange a post-war visit to Britain for him, complaining to Verschuer in 1948 that “It does not seem to be at all easy to arrange a visit to this country. There has evidently been a good deal of denigration, which I do not believe has any substantial basis”.

The “denigration” to which he referred was publicity given to Verschuer’s close collaboration with Mengele, of which Fisher cannot have been ignorant. However, Verschuer destroyed sufficient incriminating evidence to ensure that the International War Crimes Tribunal’s attempts to bring him to trial for crimes against humanity came to nothing. He reinvented himself as a “geneticist” and resumed his career in post-war West Germany with some success.

In 1950, Fisher was consulted by a UNESCO commission set up as a result of the Nazis’ crimes. Its consensus statement concluded that there was no scientific basis for the idea of racial difference in intelligence and character. But Fisher had a “fundamental objection to the statement”, it was reported. “He believes that human groups differ profoundly ‘in their innate capacity for intellectual and emotional development’.” In his correspondence with Reginald Ruggles Gates, a Canadian-born eugenicist who believed that human races were actually separate species, Fisher stated that he was “sorry there is propaganda in favour of miscegenation in North America.”

I’m reminded of this Gallup poll from 1958 in which 96% of respondents disapproved of interracial marriage.

Fisher clearly had a lot of company in his racist views. It would be ahistorical to suggest that Fisher’s views were extreme for his time, but it would also be ahistorical to detach these views from the context of the development of statistics.

Any memorial to racists and eugenicists “creates an unwelcoming environment for many in our community”, as Michael Arthur, Provost of University College London has rightly said. The right way to understand them and their ideas is through a properly contextualized display in a museum, not through an uncommented memorial that conceals more than it reveals.

Memorials in the end are less about the past than about the present and the future. The questions institutions need to ask of themselves are, what contribution do the memorials they display make to building a future that is democratic and inclusive and encourage all their members to respect one another’s identity? And what should they do with those that don’t?

Sometimes debates about racism are framed in terms of free speech, so I want to emphasize that Evans is a champion of free speech. A few years ago he put in quite a bit of effort to support the historian Deborah Lipstadt, whose free speech was being attacked by David Irving, who had sued her for referring to him as a Holocaust denier. A fundamental principle of free speech is that you should be free to tell the truth without fear of legal reprisal.

P.S. The above image is from the statistics journal, Biometrika, in 1933. A friend and I encountered it in the library one day in grad school. Albanians didn’t get much respect from the Biometrika crowd back then.