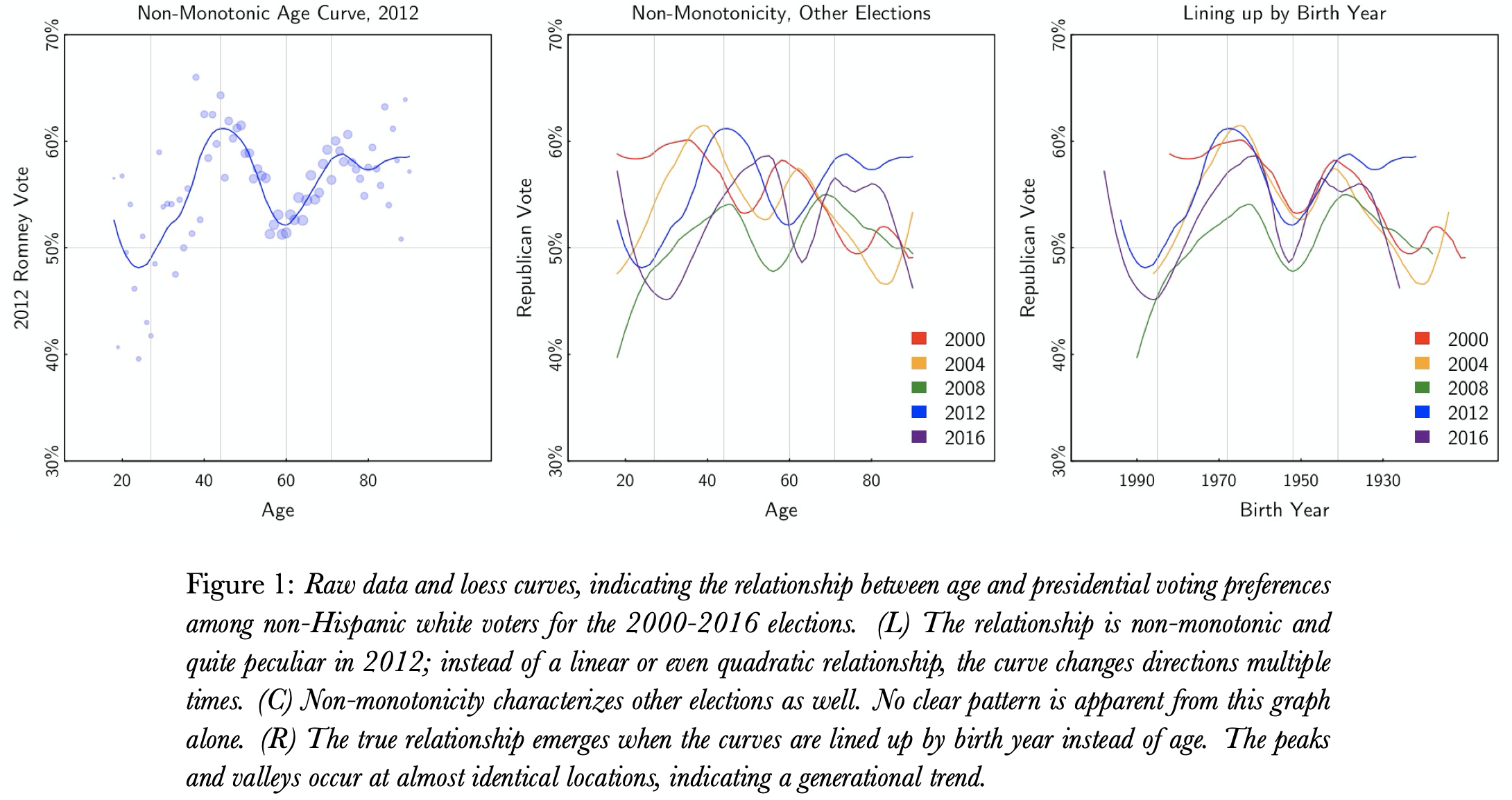 This one’s with Yair and Jonathan:

We build a model of American presidential voting in which the cumulative impression left by political events determines the preferences of voters. This impression varies by voter, depending on their age at the time the events took place. We find the Gallup presidential approval rating time series reflects the major events that influence voter preferences, with the most influential occurring during a voter’s teenage and early adult years. The fitted model is predictive. It explains more than ninety percent of the variation in voting trends over the last half-century. The fitted model is also interpretable. It divides presidential voters into five main generations: New Deal Democrats, Eisenhower Republicans, 1960s Liberals, Reagan Conservatives, and Millennials. We present each generation in context of the political events that shaped its preferences, beginning in 1940 and ending with the 2016 election.

It’s currently in umpteenth round of revision and almost done. An earlier version was featured in the newspaper several years ago. Since then we’ve cleaned up the model a bit and also updated to include more recent data.

In addition to anything this work has taught us in political science and sociology, the project is notable as one of the early applications of Stan, not just a use of Stan to fit a model so that we could check that Stan works, but an applied problem where we built, fit, and developed a model of sufficient complexity that we never would have constructed, had Stan not existed.