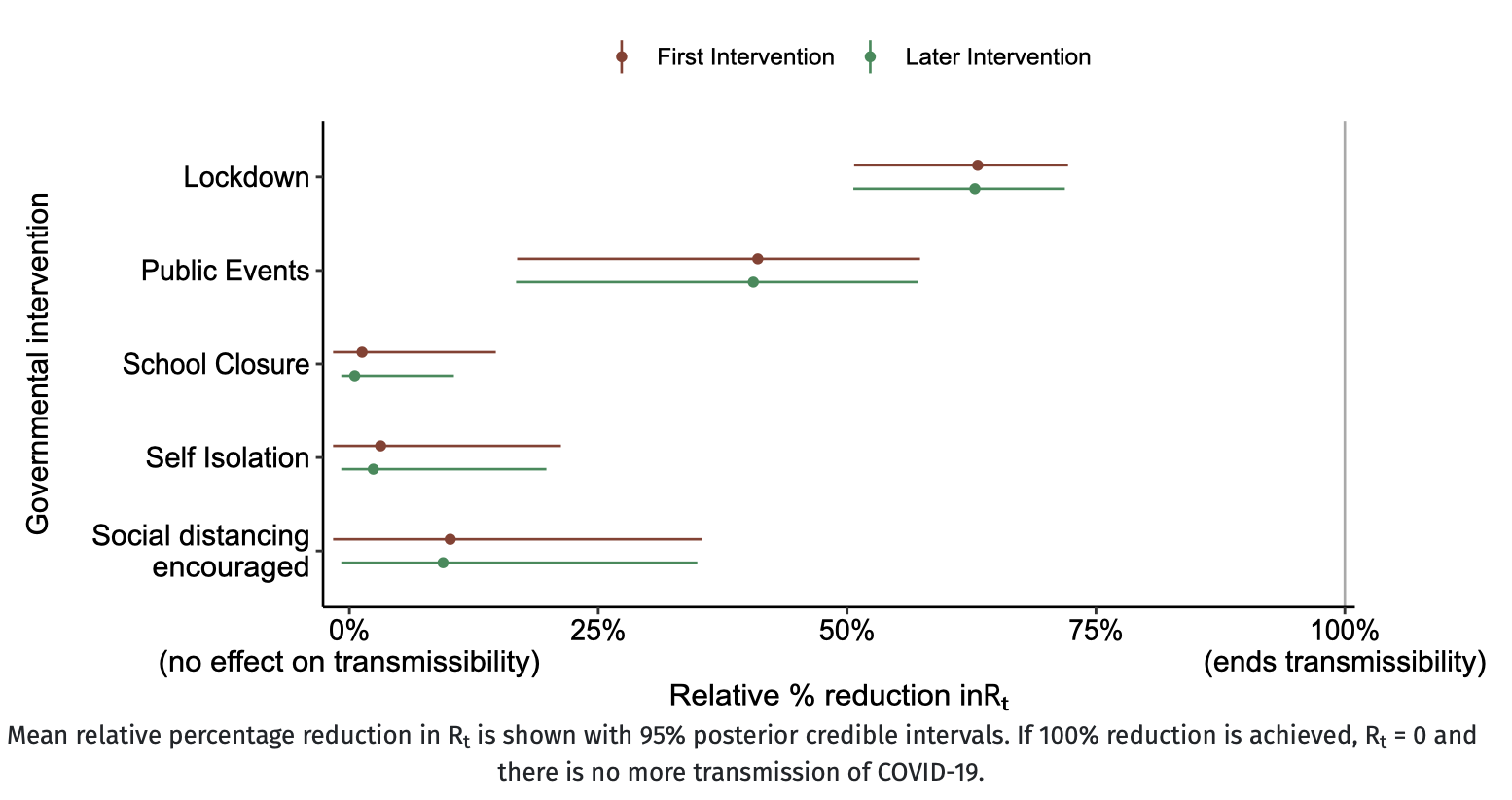 Seth Flaxman et al. have an updated version of their model of coronavirus progression. Flaxman writes:

Countries with successful control strategies (for example, Greece) never got above small numbers thanks to early, drastic action. Or put another way: if we did China and showed % of population infected (or death rate), we’d erroneously conclude that nothing this covid-19 thing really isn’t anything to worry about!

Here’s their technical report, where they write:

Following the emergence of a novel coronavirus (SARS-CoV-2) and its spread outside of China, Europe has experienced large epidemics. In response, many European countries have implemented unprecedented non-pharmaceutical interventions including case isolation, the closure of schools and universities, banning of mass gatherings and/or public events, and most recently, wide-scale social distancing including local and national lockdowns.

In this technical update, we extend a semi-mechanistic Bayesian hierarchical model that infers the impact of these interventions and estimates the number of infections over time. Our methods assume that changes in the reproductive number – a measure of transmission – are an immediate response to these interventions being implemented rather than broader gradual changes in behaviour. Our model estimates these changes by calculating backwards from temporal data on observed to estimate the number of infections and rate of transmission that occurred several weeks prior, allowing for a probabilistic time lag between infection and death.

In this update we extend our original model to include (a) population saturation effects, (b) prior uncertainty on the infection fatality ratio, (c) a more balanced prior on intervention effects and (d) partial pooling of the lockdown intervention covariate. We also (e) included another 3 countries (Greece, the Netherlands and Portugal).

We estimated parameters jointly for all M=14 countries in a single hierarchical model. Inference is performed in the probabilistic programming language Stan using an adaptive Hamiltonian Monte Carlo (HMC) sampler.

Everything’s all out there so you can take a look at their assumptions, play with the model, etc.

Full disclosure: I know Flaxman, have worked with him on other problems, and have talked with him about this model. Some Stan colleagues have helped with the coding, but I have not looked at the details of the model myself. Of course I like the partial pooling and the flexibility of the modeling, but, when interpreting the results, much will depend on the specifics of the model and also data quality.