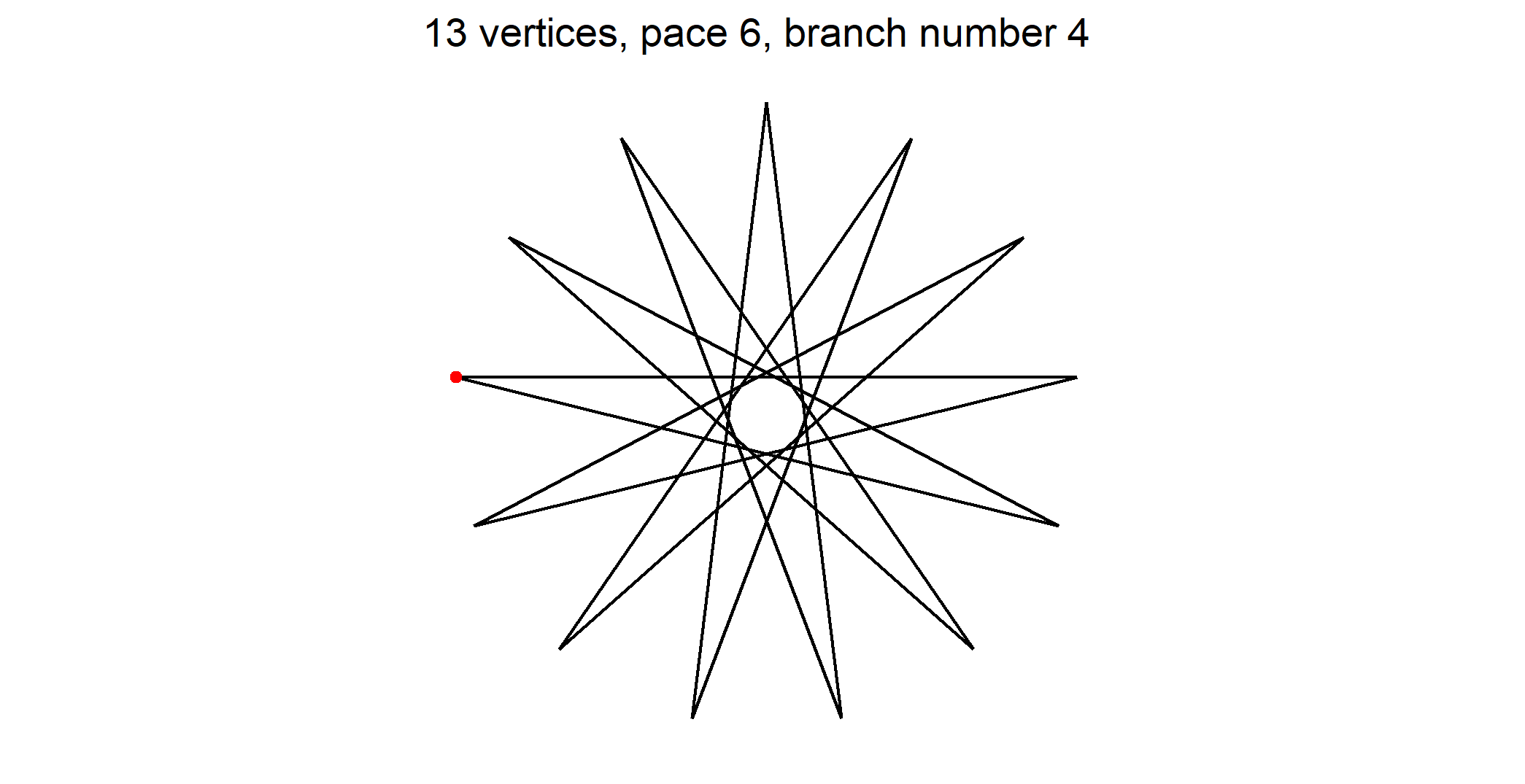 My interest is about polygons where the number of vertices is a prime
number higher or equal to 5. When considering only star polygons I
wish to have a synthetic formula to compute the included circles
radiuses without even drawing any figure.

Note that all those polygons are different. Among them only the first
one is a regular polygon. All others are star polygons defined by the
fact that their drawing pictures implies intersections between segments.

From the same set of p starting points on the unit circle we can draw
Ω(p) p-gons and each of them is unique. An easy way to draw them is
to set a rule that allows to skip k points on each segment.

Each segment ties two and only two points of the unit circle. The pace
has following properties

Let’s see an example for a the case where p = 13. Here Ω = 6. So
there are one regular pentagon and five star pentagons. Here they are 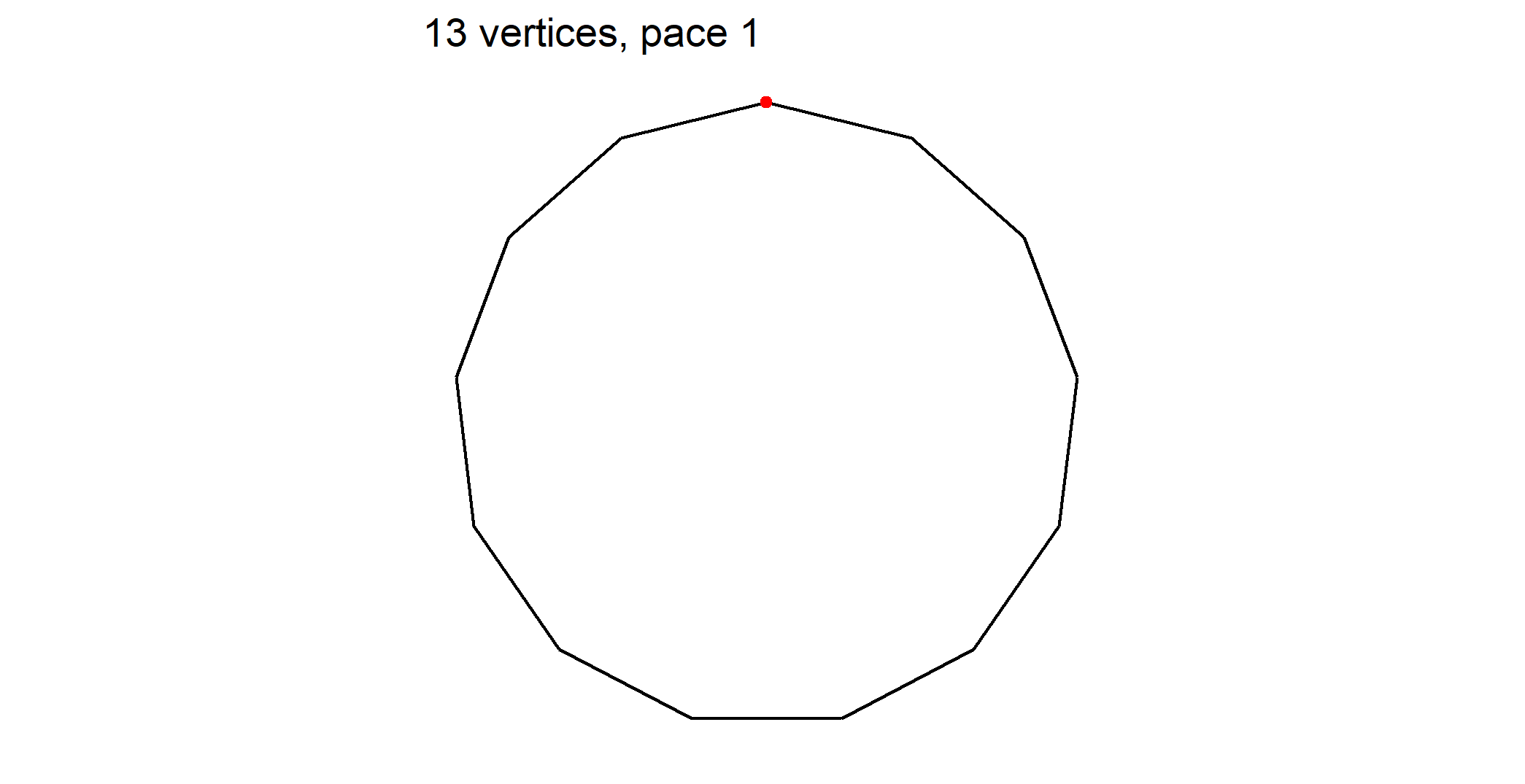 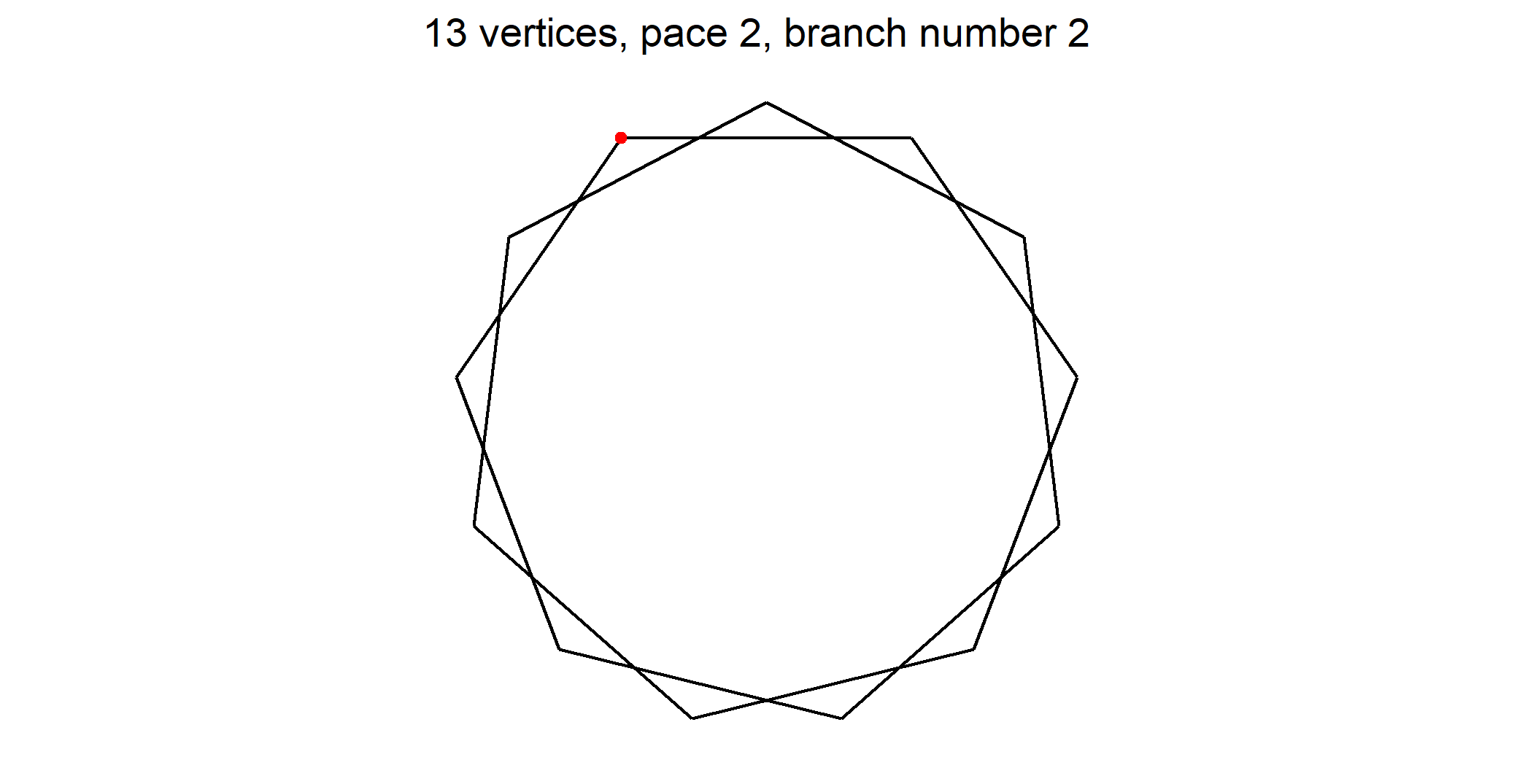 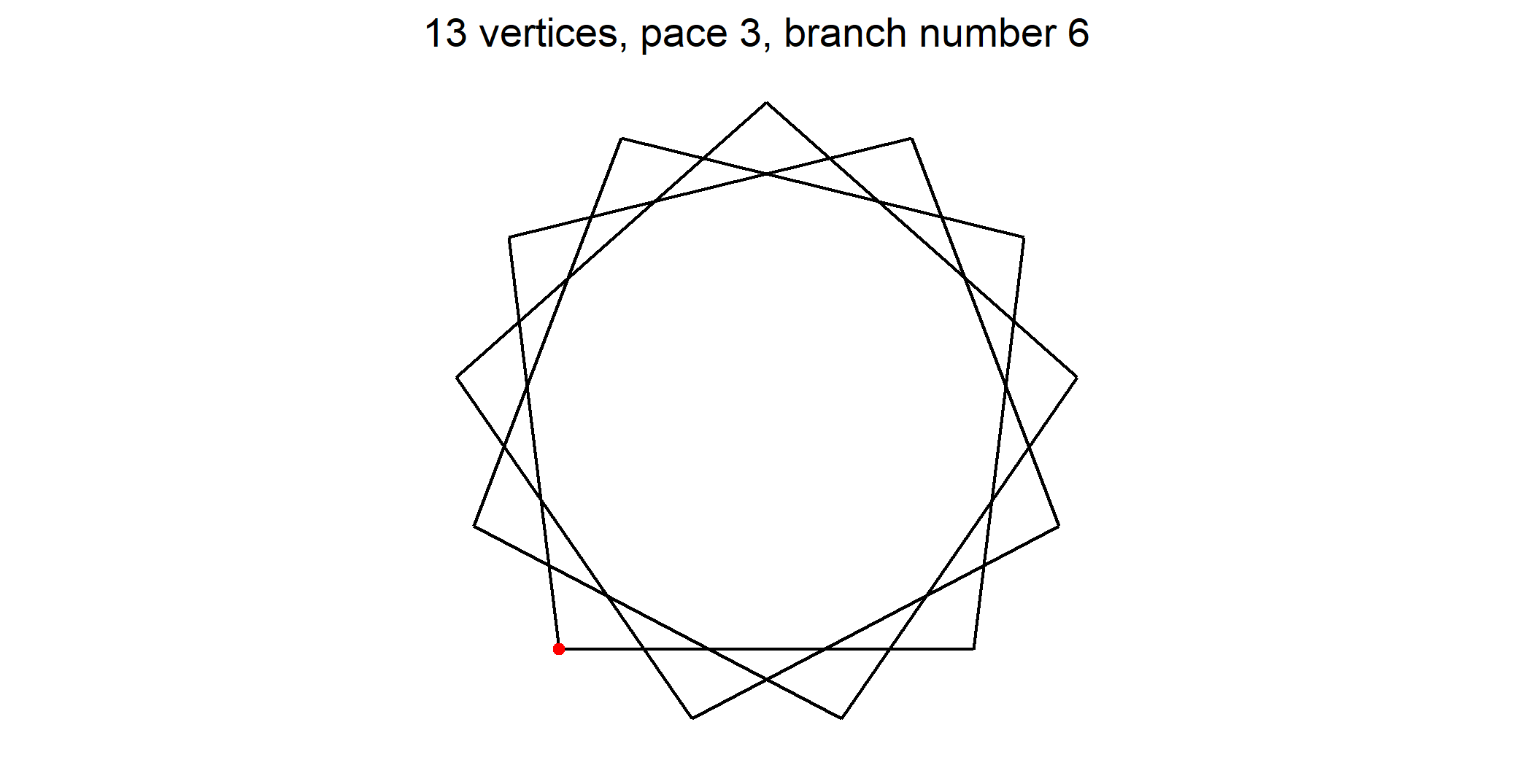 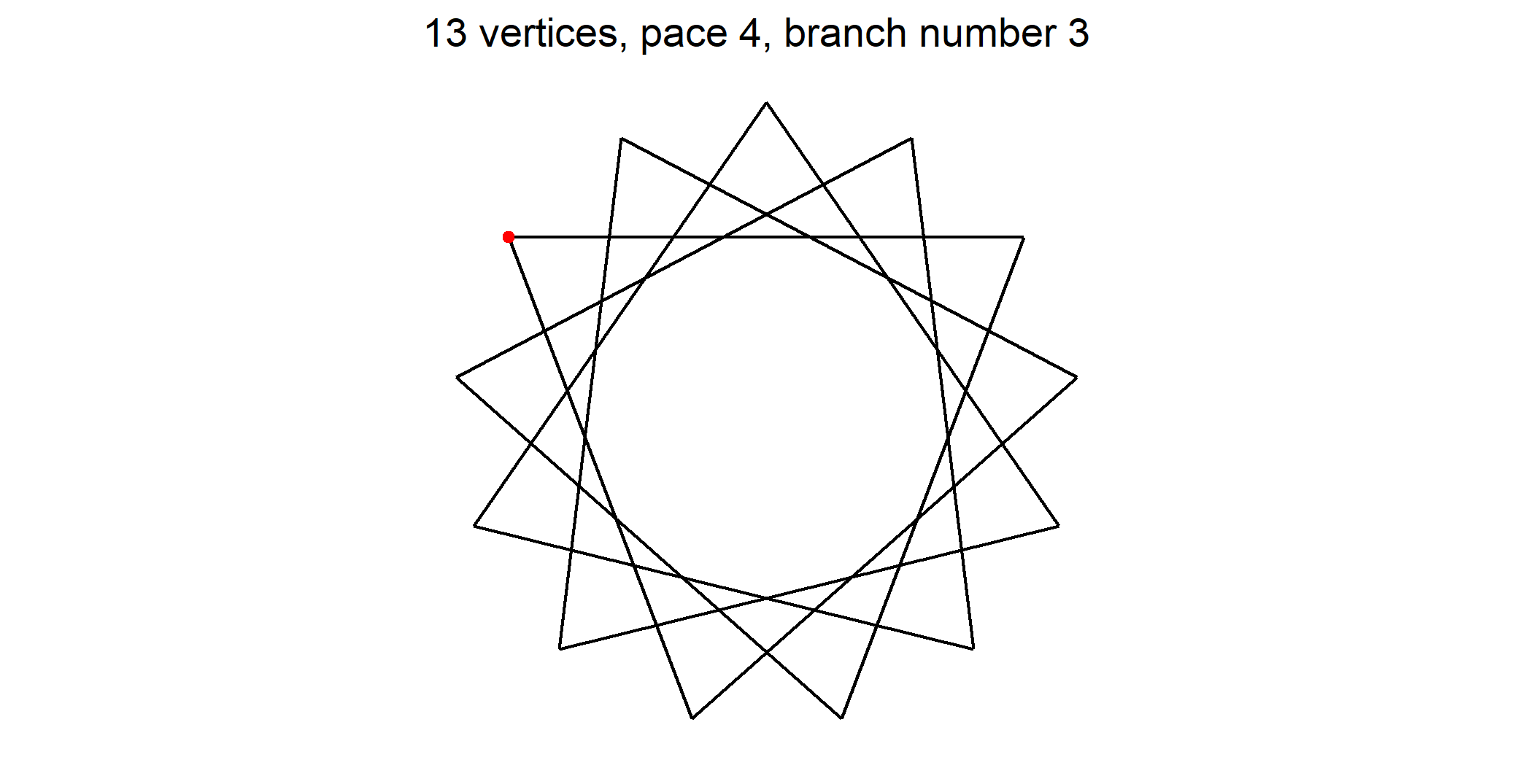 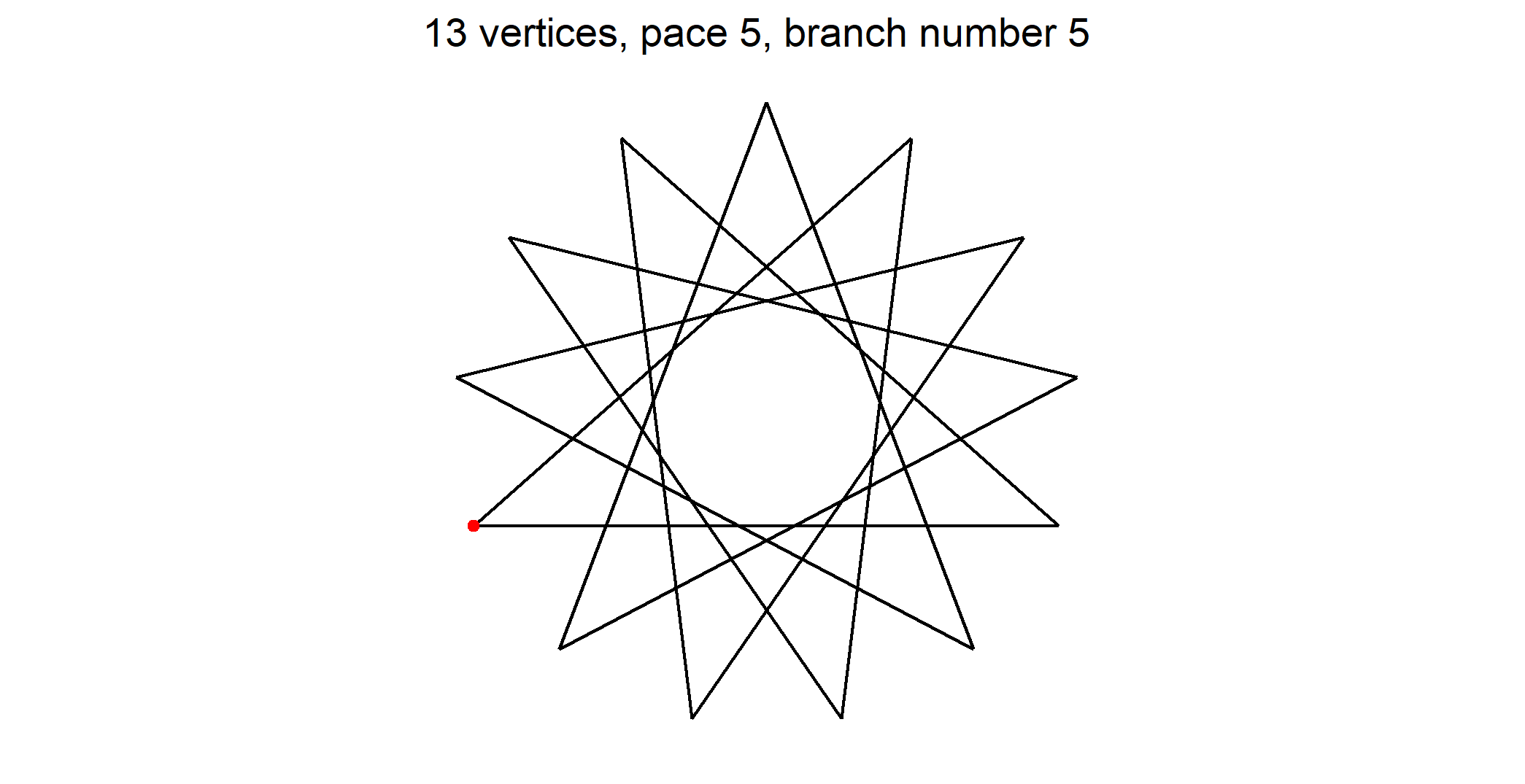 Red dot on a regular polygon shows point numbered 1 that is the
starting point we index other points from. As it exists a vertical axis
symmetry you may number clockwise or counter clockwise. On figures I
took the choice to number counter clockwise
(mathematical way).

Let’s consider following suite named ν(ρ  p) where p is the
chosen prime and ρ the pace of the star polygon. Suite ν takes
values in ℕ for each parameter and gives back values in ℕ.

Some instances of ν

The suite seems to oscillate from highest span to lowest span until span
vanishes
(δ = ν(n  p)−ν(n + 1  p)=1).
To see it focus on the red dots of star polygons in movies above.

Solution of the stated problem

Some instances of ϕ

Note as expected included circles radiuses are in descending order.